I was thinking this morning, as I awoke, of the Christmas when I was 6 years old. We lived in South Oak Cliff on Ewing St. in Dallas. It was a rental house (my parents did not own a house for some years to come). A man at our church had 3 bikes that were all mangled - at least one in a traffic accident. He gave them to my dad, and my dad worked in the basement of my grandmother's house (just two doors down the street) to make two complete bicycles out of three. He did it, too; and by Christmastime. I don't remember any other gift that Christmas, but I cannot forget the bike. I got one (blue) and Weldon got the other (red) - this was long before James was born.

Here's the thing about the bikes. They were both 26-inches. The only way I could get on was to stand on the porch with the bike beside it.  I could barely reach the pedal with my toe when it was at the bottom of the cycle. Getting off was a wonder, too, if I wasn't near the porch. I don't ever remember falling, but then I tend to forget negative things anyway. We had those bikes for many years, until Junior High School when we got 10-speed bikes that were brand new. I have a picture of the old bike somewhere. When you look at it, you wonder how I ever managed to ride it.

But what I remember most about that bike and that Christmas is my dad. Probably in the poverty camp, not college-educated (not even a high school diploma), but he was very gifted with his hands, his head and his heart. He was an elder in his church until he passed away because he was so wise. He didn't ever say much, a word here or there. He was rough on the outside, but he loved his boys and his wife with immeasurable love.

To this day, I never face a problem of any kind or in any place, that I don't find myself thinking, "What would my dad do? What would he say? How would he react? What tool would he use?" 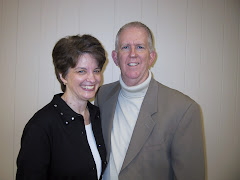 Gary
After 45+ years in local pastorates, I am now a missionary serving in South Africa/Africa, and happily married for 49 years. I have a great family: 2 girls, 2 sons-in-law, 6 grandchildren.